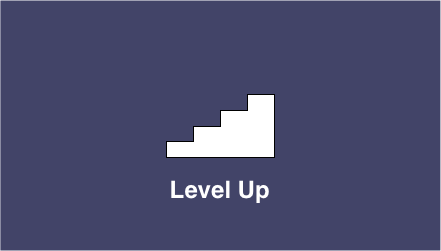 I’ve got a pet peeve to share with you.

If you’ve been following along with the growth of the Lean Startup and other experimental methods, you’ve probably come across this hypothesis format:

If you aren’t familiar with this format, you can learn more about it here.

While this format is fast and easy to use, it isn’t enough to ensure that your experiment designs are sound. As a result, I often cringe when I hear that teams want to use it.

After talking with Barry O’Reilly, the creator of this format, I realized that I often conflate a hypothesis format with experiment design. This is a fair criticism, so, let’s get clear on the difference.

Google tells me that a hypothesis is defined as follows:

a supposition or proposed explanation made on the basis of limited evidence as a starting point for further investigation.

Product teams that adopt an experimental mindset start with hypotheses rather than assuming their beliefs are facts.

Experiment design, on the other hand, is the plan that a product team puts in place to test a specific hypothesis.

My concerns are that the format encourages teams to test the wrong things and it doesn’t require that teams get specific enough to lead to sound experiment design.

The “We believe…” format does encourage teams to think about outcomes and particularly how to measure them. This is good. Too many teams still think producing features is adequate.

But I don’t like that this format starts with a statement about a capability. This keeps us fixated on our ideas, whereas we are better off identifying our key assumptions.

When we test an idea, we get stuck asking, “Will this feature work or not?” The best way to answer that question is to build it and test it. However, this requires that we spend the time to build the feature before we learn whether or not it will work.

Instead, we should frame our questions as “compare and contrast” decisions: “Which of these ideas look most promising?” We should design our experiments to answer this broader question. The best way to do that is to test the assumptions that need to be true for each idea to work.

Because ideas often share assumptions, this allows us to experiment quickly, ruling out sets of ideas when we find faulty assumptions. Additionally, as we build support for key assumptions, we can use those assumptions as building blocks to generate new ideas.

Assumption testing is a faster path to success than idea testing. – Tweet This

As soon as we shift our focus to testing assumptions, the “We believe…” format falls apart. It’s rare that an outcome is dependent upon a single assumption, so the second and third parts of the hypothesis don’t hold up.

Test each of the assumptions that need to be true in order for your idea to work. – Tweet This

Let’s look at an example. Imagine you are working at Facebook before they added the additional reaction options (e.g. love, sad, haha, sad, wow, angry). I suspect Facebook was inundated with “dislike button” requests, as I heard this complaint often.

Imagine you started with this modified hypothesis:

Now imagine you do what most teams do and you test your new capability. You add a dislike button and you see a 5% increase in newsfeed clicks.

You didn’t see the engagement you expected, but you aren’t sure why. Is one of your assumptions false? Are they all true and they just didn’t have the effect size you expected? You have to do more research to answer these questions.

Now imagine you tested each of your assumptions individually. To test Assumption A, you could have a Facebook user review the stories in their newsfeed and share out loud their emotional reaction to each story. You’d uncover pretty quickly that Assumption A is not true. People have many different emotional responses to newsfeed stories.

Now I’m not saying that you wouldn’t have figured this out by running your capability test. You could easily run the same think-aloud study as we did in the assumption test after you built the dislike button. However, you will have learned what won’t work after you have already built the wrong capability.

The advantage of testing the individual assumptions is that you avoid building the wrong capability in the first place.

Have you ever run an experiment only to have key stakeholders or other team members argue with the results? I see it all the time.

You run an A/B test. Your variable loses to your control and the designer argues you tested with the wrong audience. Or an engineer argues that it will perform better once it’s optimized. Or the marketing team argues that even though it lost, it’s better for the brand. And so on.

We’ve all been there.

Here’s the thing. If you are going to ignore your experiment results, you might as well skip the experiment in the first place.

If you are going to ignore your results, you might as well skip the experiment. – Tweet This

Remember, as we invest in our ideas, we fall in love with them (we all do this, it’s a human bias called the escalation of commitment). The more committed we are to an idea, the more likely we are to only see the data that confirms the idea rather than the disconfirming data, no matter how much disconfirming data there is. This is another human bias, commonly known as confirmation bias.

Our goal should be to surface these objections before we run the experiment. That way we can modify the design of our experiment to account for them.

Let’s return to our hypothesis:

This looks like a good hypothesis. It includes a clear outcome (i.e. more engagement) and it defines a clear threshold for a specific metric (i.e. 10% increase of clicks on news feed stories).

Remember, we tested this capability and we got a 5% increase in engagement, not a 10% increase. If we trust our experiment design, we need to conclude based on our data that our hypothesis is false as we didn’t clear our threshold.

But for most teams, this is not how they would interpret the results.

And where do you end up? Exactly where you were before you ran the experiment—with a team who still can’t agree on what to do next.

Now this isn’t a problem with the “We believe…” format per se, but I see many teams conflate a good hypothesis with a good experiment design, just like I did. They believe they have a sound hypothesis and therefore they conclude their experiment design is sound as well. However, this is not necessarily true.

Invest the Time to Get Your Experiment Design Right

To ensure that your team won’t argue with your experimental results, take the time to define and get alignment around the following elements:

This list is more complex than the “We believe…” format and I don’t expect it to spread like wildfire. However, if you want to get more out of your experiments (and you want to build more trust amongst your team in your experimental results), defining (and getting alignment around) these elements upfront will help.

I’ll be sharing a one-page experiment design template with my mailing list members. If you want to snag a copy, use the form below to sign up. This one page template will help your team align around an experiment design, building trust and helping to guard against confirmation bias. Get more from your experiments, by downloading the template today.

A special thanks to Barry O’Reilly who read an early draft of this blog post. His feedback led to significant revisions that made this article better. Barry’s a thoughtful product leader. Be sure to check out his blog.